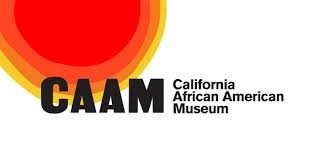 Luis De Jesus Los Angeles is pleased to announce that the California African American Museum, located in Los Angeles has acquired work by Carla Jay Harris. Harris' Sphinx (2018) is currently on view in Sanctuary, a group exhibition of recent museum acquisitions that focuses on safe spaces and self-care as part of the African American experience. Founded in 1977, the CAAM is the first African American museum of art, history, and culture fully supported by a state.

Sanctuary features recently acquired works that explore the concepts of safety and refuge as they relate to the African American experience. Whether real, staged, or imagined, the worlds depicted in these photographs and mixed-media works support complex narratives and assert the importance of claiming a place of one’s own. Each artist in the exhibition presents a unique perspective on the creation of space, inhabiting actual physical locations, evoking emotional ties and affiliations, or manifesting dream-like havens through digital manipulation.

In several instances, photographs are displayed alongside three-dimensional sculptural works by the same artist, forming expressive installations that speak to the artists’ material versatility and to the creative potentials of the media in which they work. For example, Gary Simmons’s photograph of an empty academic setting appears in tandem with one of his ghostly erased drawings of coniferous trees on a school chalkboard, while Janna Ireland’s impeccably staged self-portrait complements a small still-life assemblage that suggests the fragility of her own domestic construct.

Learn More
Back To Top