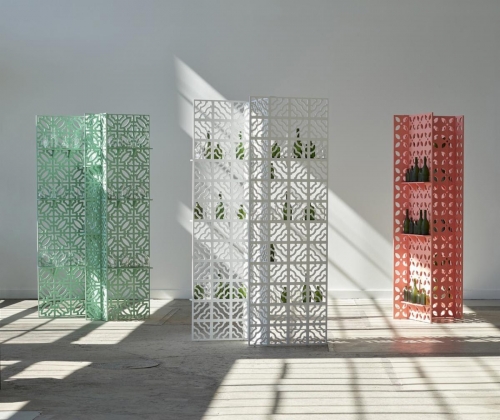 The gallery is pleased to announce that Edra Soto's Open 24 Hours (Albright-Knox),was recently aquired by the DePaul Art Museum at DePaul University, Chicago. Soto, who recently participated in group show Unreachable Spring also became affliated with the gallery this year. Her work is an unrelenting love song of purserverance and community through the challenges of socio-economic disparity and institutional racism. Her work Open 24 Hours was conceived on her daily dog walks through Chicago's East Garfield Park neighborhood where she would collect discarded liquor bottles that she would come across in vacant lots.

These cognac bottles sparked an archeological exploration into the area's residents, their daily rituals, the origin stories of liquors, and identity. Cognac, much like champagne, is only named such if produced in a particular region of France. Originally introudced to Black soldiers abroad during the world wars, this elegant liquer was rebranded in the 1980s and 90s, to target urban Black men and saw its resurgence in popularity as it became associated with luxury rap videos and advertising campaigns. In Open 24 Hours, Soto imbues her work with these tensions between class, socio-economic status, luxury, and desire by placing stripped cognac bottles into screens of her design, which are emblematic of colonial architectural elements from porches in her native Puerto Rico.

DePaul Art Museum (DPAM) is a world-class museum located in the heart of Lincoln Park on DePaul University’s campus. DPAM is open to the public and presents four to nine temporary exhibitions per year with a permanent collection of more than 3,500 objects with strengths in international modern and contemporary art.