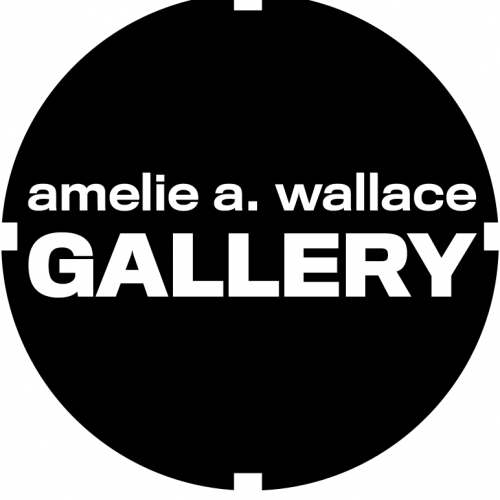 Amelie A. Wallace Gallery, SUNY College at Old Westbury is pleased to present Federico Solmi: The Great Debauchery, a solo exhibition of installations by New York based multi-disciplinary artist who combines diverse media—hand-painted artist books, videos, AR (augmented reality), drawings, paintings,and sculpture—to portray a satirical re-write of human relations. Solmi’s work is characterized by cramped spaces occupied by figures with grotesque mask-like faces thatrecall Pieter Bruegel the Elder and James Ensor, as well as scathing works by Neue Sachlichkeit artists Otto Dix and George Grosz. Largely self-taught, Solmi is influenced by the rich cultural tradition of his native Italy, particularly by Renaissance artists such as Paolo Uccello. Combining conventional media with new technologies, Solmi’s works express a profound distrust in political institutions, the rhetoric of textbook history, and specifically, the false histories fed to us by western administrations whose power is founded in the devastating legacy of colonialism and oppression: in other words, humanity’s most violent injustice and contemporary society’s great hypocrisy.

Solmi’s brightly-colored cartoonish images of the ruling class depict mindless, self-indulgent, corrupt beings more interested in indulging themselves than attending to their constituents. Frequent charactersinclude George Washington and the Founding Fathers, the Pope, nameless despots, and aristocrats in military and colonial era costumes alongside Native American leaders. These characters’ exuberant celebrations are presented as deranged and obscene exercises in service of the ego. Solmi extracts his images from various historical and cultural eras to create his most-inventive medium—video paintings—in which television set bezels are painted in the same style as their animated content. Often functioning as decorative yet intensifying elements of the video, the bezels blur the genre of Solmi’s work, becoming unique objects in themselves. His working method involves scanning his drawings and paintings to turn them into 3D-models designed in Maya and ZBrush. Various characters’ actions are also captured in real-time with screen recording software, then edited and overlaid with audio compositions. Thus a virtual world is created within a video game engine, yielding codified movements—repetitive jerks and flickering white spots—byproducts of the electronic process. With bug-eyes and joker grins, Solmi’s despotic characters become puppets rather than leaders, animated only by computer algorithms.

For The Great Debauchery (2019), Solmi developed a novel AR to enhance the large work: visitors can view the painting through a bellows camera that houses an iPad that when directed at a portion of the painting will animate it, thus engaging the viewer in a participatory experience. Also for the first time, Solmi will present near life-size 3D silhouette sculptures of characters from the video-painting The Amiable Despots (2016). No longer confined to virtual spaces, the characters will also occupy the viewer’s space. The result is a theatrical experience.

About the Amelie A. Wallace Gallery:
Formally dedicated on May 22, 1979, the Gallery is named for the late Amelie Alexanderson Wallace in recognition of her unflagging support of the College and her personal commitment to the arts at Old Westbury. The Gallery exhibits Contemporary art by emerging and mid-career artists, as well as works by faculty and students of the Visual Arts Department. Public programs designed to accompany exhibitions comprise lectures and discussions led by artists and curators, as well as live performances and video presentations.