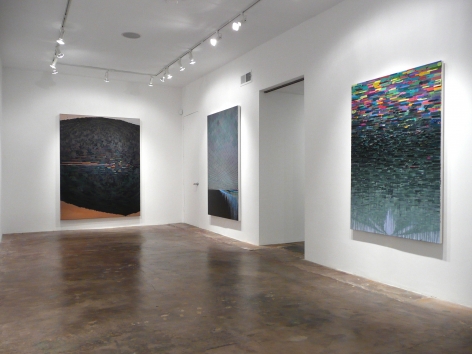 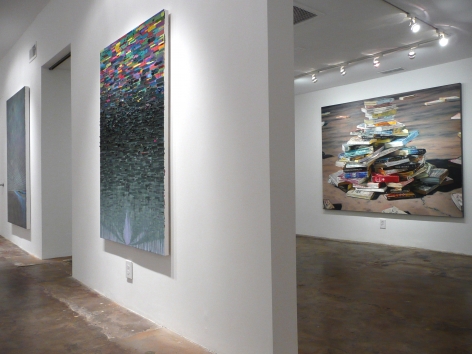 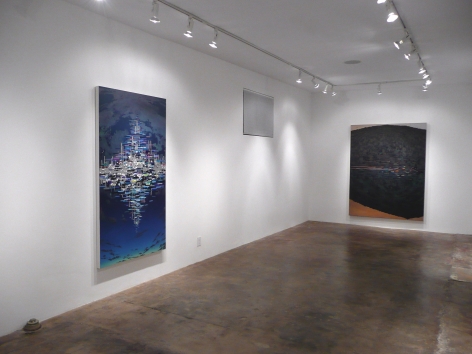 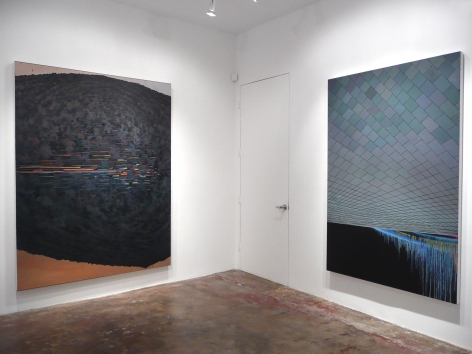 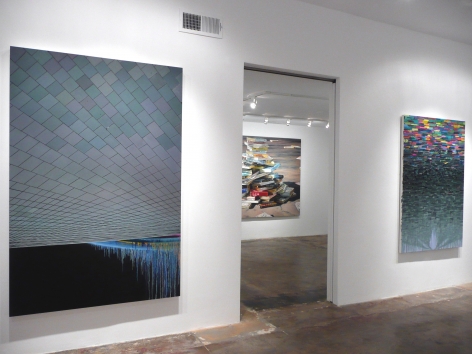 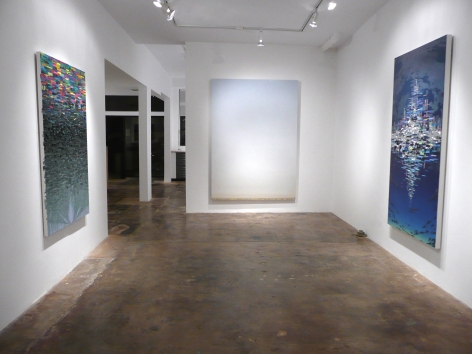 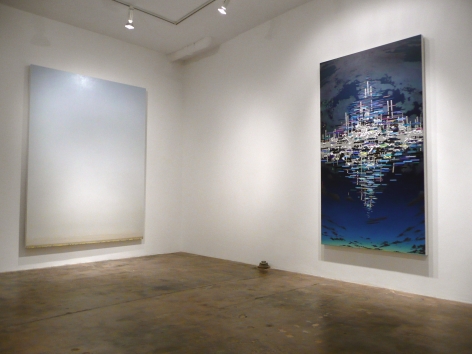 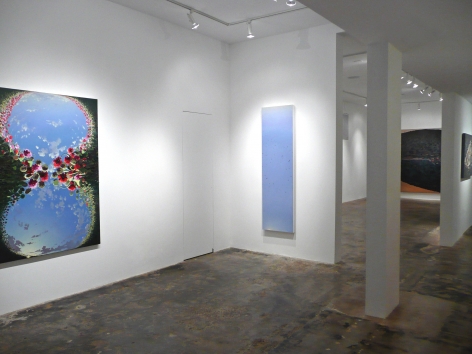 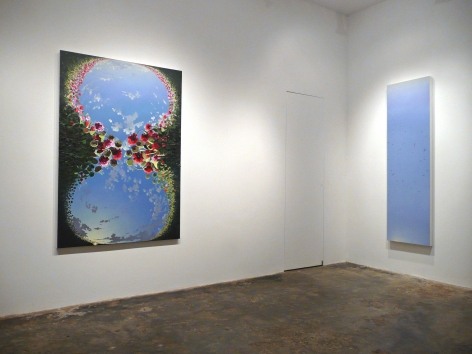 For his debut solo exhibition at Seminal Projects, titled No Exit, Chris Barnard will present a series of new paintings that examine the connections and gaps between landscape painting and contemporary socio-political events. The work represents Chris Barnard's ongoing interest in the representation of the American West and, more specifically, on the manifestations of American expansion and its consequences on various environments.  Employing compositions that suggests these relationships and provoke the viewer into considering more closely the various meanings and symbols they find, his approach results in paintings that allude to the extent of the militarization of American culture without celebrating its violence.  When viewed together, the paintings hint at a subtle yet looming, pervasive military presence to which Barnard is trying to re-sensitize himself and the viewer in order to address the potential and actual violence of U.S. military power where they may not expect it.  However, these indirect links also represent his desire to create the richest paintings possible, without strictly fixed meanings, where natural and human-made elements have both 'civilian' and 'militarized' connotations, but where meanings and connections expand with the viewer's own interpretations.  For example, in the show's namesake painting, entitled No Exit, a large black cloud looms over the viewer, sprouting from a small orange dot at the bottom edge of the canvas.  This work evokes not only the generic "black cloud hanging over [us]", but also oil wells set ablaze in Iraq, the pervasive feeling of the U.S. government's lack of an exit strategy there, as well as Jean-Paul Sartre's play that defines humans' existential conundrum: "Hell is [us]."  While such references are intended, Barnard also hopes the painting provides an image and viewing experience that is powerful enough to generate many more.

Formally, Chris Barnard continues to experiment with and manipulate the tools of perspective, color and paint quality while depicting imagery loaded with gravity and relevance.  Many paintings place the viewer in a particular position in relation to what she/he sees, alluding to how one's attitude and point-of-view determines so much about our life experiences.  For instance, confronting such compositional elements as a B2 Stealth Bomber or a field of poppies in real life would be drastically different depending on who someone is (American or Iraqi or Afghan) and where one is standing.  In addition, by broadening the range of color and paint textures, Barnard hopes to draw attention to the idea of surfaces and representation - what is real, what is not - and, specifically, how can a painting accurately deal with issues of conflict, violence and death, if at all?

Often these formal aspects vie with the imagery for the viewer's attention, mirroring the inherent conflict between an artwork's subject matter and its representation: its myriad formal qualities - flat, slick, oily, drippy, thick, chunky, matte, etc. - and its infinite number of exciting colors.  In making paintings about conflict that exhibit some conflict of their own, Chris Barnard brings the idea of focus - both his own and the viewer's - to attention, and continues to question and explore the role and act of painting as a way to engage with current events.

Chris Barnard received his MFA from the University of Southern California in 2005 and BFA from Yale University in 1999.  Most recently, this past Spring, he had a solo exhibition at the Denison Museum in Ohio, and, in September 2007, participated in the exhibition This Is My Country at Luis De Jesus Seminal Projects.