Philadelphia born Adams has lived in Canada since the 1970's and at age 78, this marks his first solo exhibition in the United States in over 45 years.

The paintings in Eternal Witness draw primarily from Mythic Sketches, a body of work that Adams has pursued consistently over the past three decades. They manifest as portraits of deities garbed in contemporary clothing, paintings of pyramids, and sketches of the Nubian Express train—and are often accompanied by a vibrant full moon. Drawn from Egyptian and Classical mythologies, Adams use of iconography acknowledges the long history of artistic representation associated with his mythic subjects. "For centuries, artists have used myths—both classic and obscure—to depict issues and conflicts that are as significant today as they were in earlier times,” says Adams. “Jealousy, ambition, hubris, greed and the glorification of warfare are essentially the same as they were in the age of the classic Greeks or the Kingdom of Great Zimbabwe. The only things that have changed are the clothes and the technology we use.”

It is tempting to read Adams' art as an expression of Afro-Futurism, given both his own race and his frequent references to Nubia, space, flight, and ancient Egyptian mythology. The recurring portrayal of young Black men and women in the role of classical heroes and deities supports this argument; but it is important to see these aspects within the broader context of his practice in a career spanning five decades. For as many paintings as there are of specific people, places, and times, there are an equal number of ahistorical, dreamlike worlds. Just as much as Adams draws upon current events and geopolitics, so too does he capture the seemingly apolitical: dramatic skyscapes, planetary eclipses, and astral constellations.

In his essay for the exhibition, the Canadian curator Rhys Edwards writes: “It is the paradox of the pyramid which underlies the art of Jim Adams. An ‘eternal symbol,’ it is always more than what it seems. Its cache extends beyond its own history. Likewise, Adams' myths always extend beyond their own precepts; they are never fixed, never singular, never the monoliths they may appear to be.”

Jim Adams was born in Philadelphia, PA in 1942 and has lived and worked in British Columbia since 1969.  Adams received his bachelor’s degree in Fine Arts from Temple University in 1965 and his master’s degree from the University of Pennsylvania in 1968.  Adams began his teaching career while in graduate school at the Fleisher Memorial Art School and as a lecturer for the Print Club of Philadelphia.  He later taught at California State University, Long Beach and the Laguna Beach School of Art and Design (Laguna College of Art and Design).  In 1970, after a brief time in Vancouver, he settled in Surrey, BC, and took up a position in the Fine Arts Department at Douglas/Kwantlen University College (KPU), where he taught until his retirement in 2000.

Among Adams’s most prominent exhibitions are The Irretrievable Moment (2017), a two-museum retrospective presented concurrently at The Surrey Art Gallery in Surrey and The Reach Gallery Museum in Abbotsford; Mythic Sketches (2014) at the Newton Cultural Centre, Surrey; Re: Mix (2015) at the Surrey Art Gallery; and Tribute: The Art of African Canadian Artists (2006) at the Peel Art Gallery Museum + Archives in Brampton, ON, and the Mississauga Art Gallery in Mississauga, ON.  He has also been featured in solo and group exhibitions at the Vancouver Art Gallery, Vancouver, BC; Amelia Douglas Gallery, New Westminster, BC; Richmond Art Centre, Richmond, BC; A Space Gallery, Toronto, ON; Metro Hall, Toronto; Berkeley College at Yale University, New Haven, CT; Peterson Library, University of Connecticut, West Haven, CT; as well as Art Toronto, EXPO Chicago and UNTITLED. Art Miami, and numerous other venues.

Appointments are encouraged, but not necessary. For further information, please contact the gallery at 310-838-6000, or email gallery@luisdejesus.com. 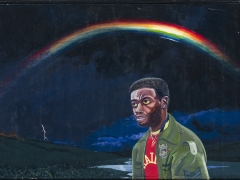 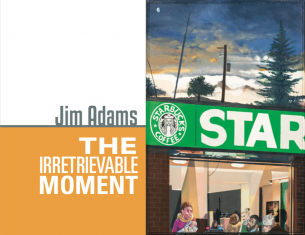 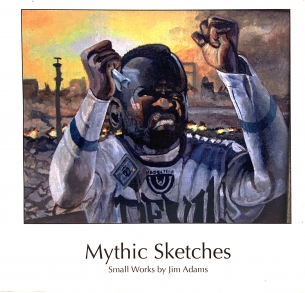 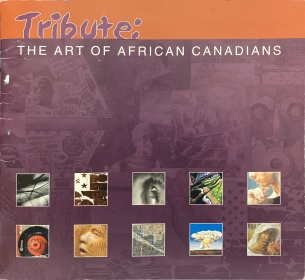 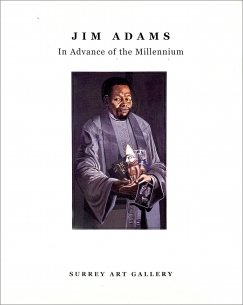 Jim Adams
In Advance of the Millennium 1999
ARTFORUM
LOS ANGELES MUST SEE January 14, 2021

Eternal Witness marks Jim Adams' first solo exhibition with the Gallery. The exhibition will present new paintings and sketches completed over the last four years along with a selection of works dating to the turn of the millennium.

The exhibition presents new paintings and sketches completed over the last four years along with a selection of works from the 1990s and 2000s. Philadelphia born Adams has lived in Canada since the 1970's and at age 78, this marks his first solo exhibition in the United States in over 45 years.

Jim Adams, an artist based out of British Columbia, presents a collection of paintings and drawings mostly drawn from a series named Mythic Sketches. The artist is interested in how myths, “both classic and obscure,” still represent the realities and struggles we undergo today: “jealousy, ambition, hubris, greed, and the glorification of warfare.” His images carry signs of ancient Egyptian pyramids and ruins, but his subjects are updated for the times: all heroes and deities wear 21st-century garb.

View Hyperallergic.com
Back To Top